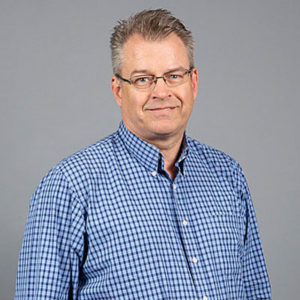 Karl Thompson migrated to the US from Ireland in 1995 and has been in the commercial construction business since his arrival in Phoenix, AZ. Over the past 24 years, Karl has personally managed in excess of $150M in specialty projects for the world’s largest mechanical & electrical contractor. In 2007, he purchased a small HVAC company and developed it into one of the most competitive companies of its kind in Phoenix. Under his leadership, Comair generated over $100M in projects for high profile corporations including Intel, State Farm (Corporate), and the Phoenix Skyharbor Airport. His company went on to pursue projects as a subcontractor to national general contractors such as Ryan Companies, McCarthy, and Turner Construction. Karl’s countless successful projects have proven him an adept leader time and time again. His hands-on approach and willingness to find innovative solutions to support his team’s goals reflect his expertise and efficient work. Because of his leadership and success, Karl successfully sold his company in 2018.

Karl brings decades of experience and attention to detail to all our work – even on our very first self-storage facility project, which he brought in on time and budget. He is currently involved in over $100M worth of development projects through various partnerships, including three self-storage projects, two historic tax credit multifamily conversions, and the ground-up development of 250 residential apartment units.

Karl obtained his citizenship in 2001 and is truly living the American Dream.